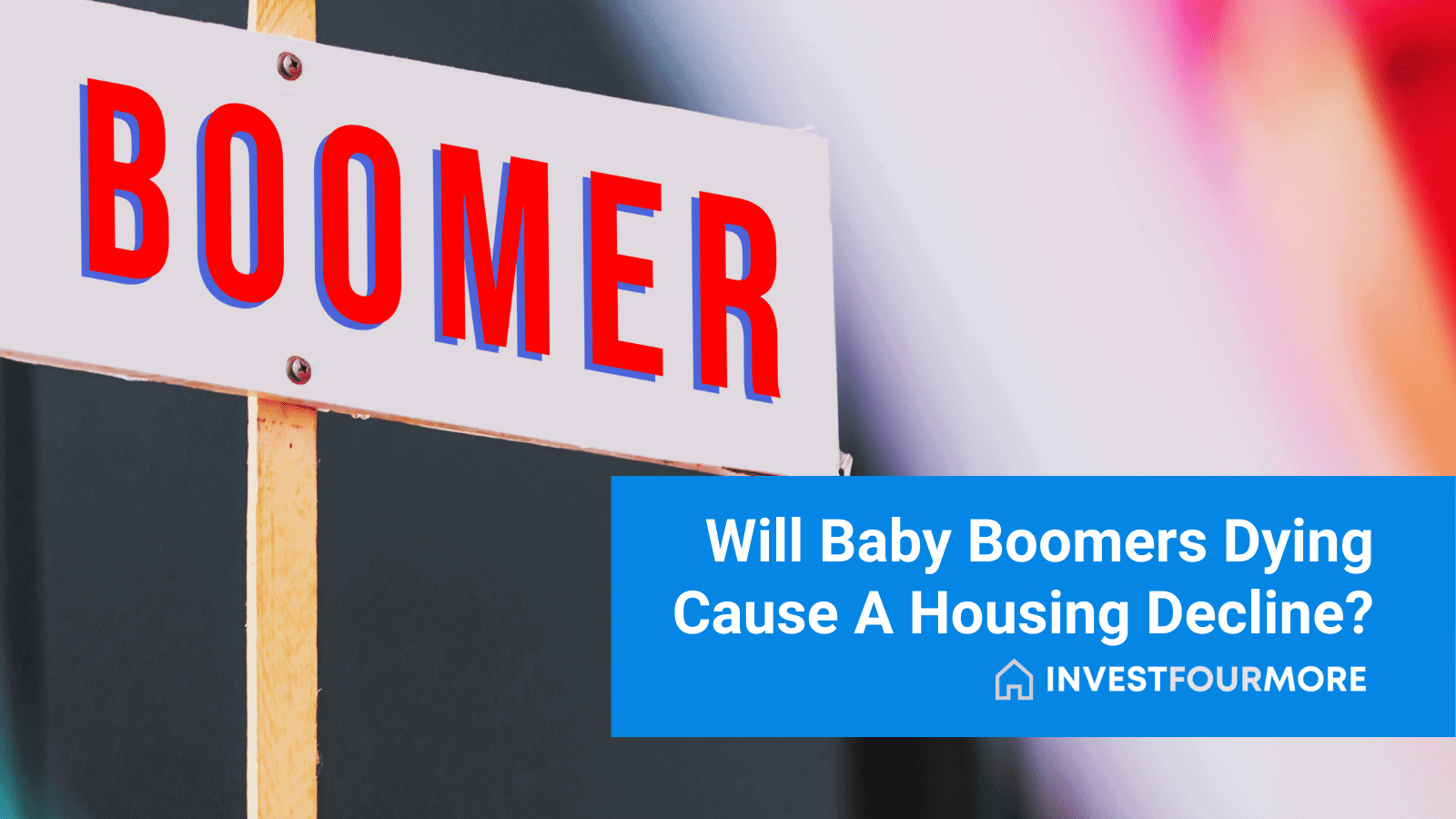 Everyone keeps asking me if Baby Boomers dying off will cause a housing decline? This idea may have been started by Robert Kiyosaki who wrote a book in 2002 about baby boomers creating a stock market crash in 2016. Obviously, there was no stock market crash in 2016 but that has not stopped people from continuing this idea with real estate. I have written many articles and created many videos that go over a possible housing crash and what my thoughts are on a crash. I have been an agent, investor, broker, author, and blogger for many years and I went through the last housing crash. I love seeing new ideas and new thoughts come about but I do not think baby boomers dying off will cause a housing crash for many reasons. Even if they did die off and the population of the United States decreased significantly I would not think a housing crash is coming any time soon.

Why do people saying that baby boomers dying off will cause a housing decline?

There is a growing movement behind the idea that the population demographics of the USA will cause a housing crash. A lot of people assume baby boomers are the largest generation and that when they die there will be millions of houses sitting around vacant.

Baby boomers are generally defined as people born from 1946 to 1964, which would make them 57 to 75 right now. The average lifespan in the United States is 78 years old. The baby boomers are getting to that age when they will, unfortunately, die, in fact, they have already been dying. I apologize for this, but it helps show some great data. There is a site that has a baby boomer death dial. https://pioneerproductions.blogspot.com/2020/11/baby-boomer-death-clock.html

25% of baby boomers have already died and as you can see it has not slowed down the real estate market at all!

Are there more millennials or baby boomers?

The United States birth rate has slowed down. Some people say that means the population will start declining soon. The Millenials are the largest generation and if the next generations are smaller that has to mean the population will go down right? Well, that is not what the experts say. Check out the graph below: 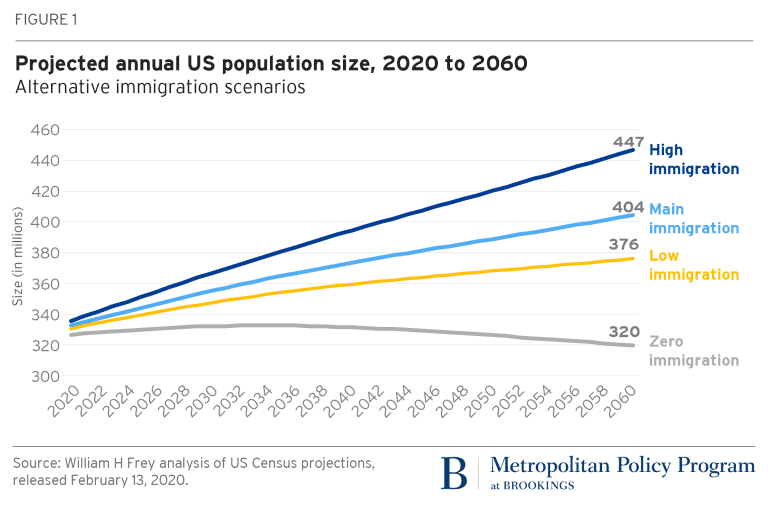 Thank you to: https://www.brookings.edu/research/reducing-immigration-will-not-stop-americas-rising-diversity-census-projections-show/ for this great graph showing projections. The only way the Unites States starts losing population is if immigration is completely stopped. I do not think that is likely to happen.

Some also say that with lower birth rates the US housing market will slow down because there are fewer people who will buy a house. Even if there is no immigration and the population does start to decrease, people who buy houses are not babies. The people who buy houses are usually at least 20 years old so we would not see a decrease in the house buying population for at least 20 years after the birth rate decline starts. However, as we can see the birth rate decline may not matter.

Does a shrinking population cause housing prices to decline?

I will go one step further and look at what happens if there is no immigration and the birth rate keeps shrinking and 20 years down the road the population starts to decline. Prices have to go down at that point right? Many people assume that a dropping population would decrease housing prices, but that is not always true. There are many countries with a decreasing population now that have rising housing prices!

Obviously, too much of a decline could cause problems but a slowing of the population growth or even a population decline does not mean housing prices will decline either. There are many countries losing population right now and virtually none of them are experiencing a housing crash or even declining prices. I could have added 20 more countries to this list.

Will there be a housing crash?

I have many articles and videos that go over my thoughts on a housing crash that I will post at the end of this section. My thoughts are that we will not have a housing crash. There have only been four housing crashes in the history of the United States and they were in 2008, the 1930s, the 1870s, and the 1830s. I define a housing crash as an across-the-board 20% decline in prices. Those crashes were all caused by horrible lending and overbuilding. Neither of those factors are happening right now, in fact, it is the opposite. Lending guidelines are stricter than ever and there are way too few houses for the population.

Some points others like to bring up about a future crash:

What about predictions of a housing crash?

A lot of people are still predicting a crash and I simply do not agree with them. One of the people talking about it the most is Robert Kiyosaki who wrote Rich Dad Poor Dad, the best-selling financial book of all time. He is constantly talking about a crash based on different factors. Why should you listen to me and not him? Well, he has been predicting a crash since 2014 and it has not happened yet. He also predicted a spike in gold prices and told people they should sell their real estate and buy gold or silver.

Others have used the reasons I mentioned above to predict a crash, and many have been predicting one for years but the truth is housing crashes don’t happen very often. Below you will find the videos and articles I have mentioned throughout the article:

There are a lot of people out there trying to scare people about a housing crash. Many of those people have been predicting a crash for years, some for close to a decade. The truth is housing crashes do not happen often and it takes cataclysmic events for one to occur. When looking at the population trends, I do not see anything that would cause a crash or a decline. The population is not decreasing in the United States, it is not predicted to decrease, and even in countries with population decreases the real estate market is strong. 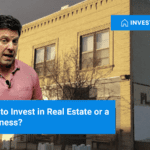 Is it Better to Invest in real estate or a Small business? 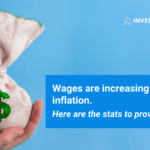 Wages Are Increasing Faster Than Inflation. Here Are the Stats to Prove It. 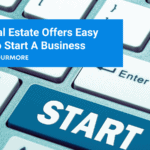 How Real Estate Offers Easy Ways to Start a Business 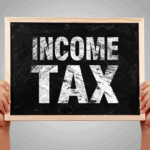 What States have the Highest and Lowest Income Taxes?

8 thoughts on “Is It True That Baby Boomers dying off Will Cause A Housing Decline?”